During the hot summer of 2003, a hiker discovered an archaeological object freed by the ice in Schnidejoch in the western Bernese Alps. In the years that followed, meticulous excavations were carried out at this alpine site. This publication presents the results of the interdisciplinary site evaluation carried out by a team of 30 specialists under the direction of Albert Hafner in two volumes in French and German. 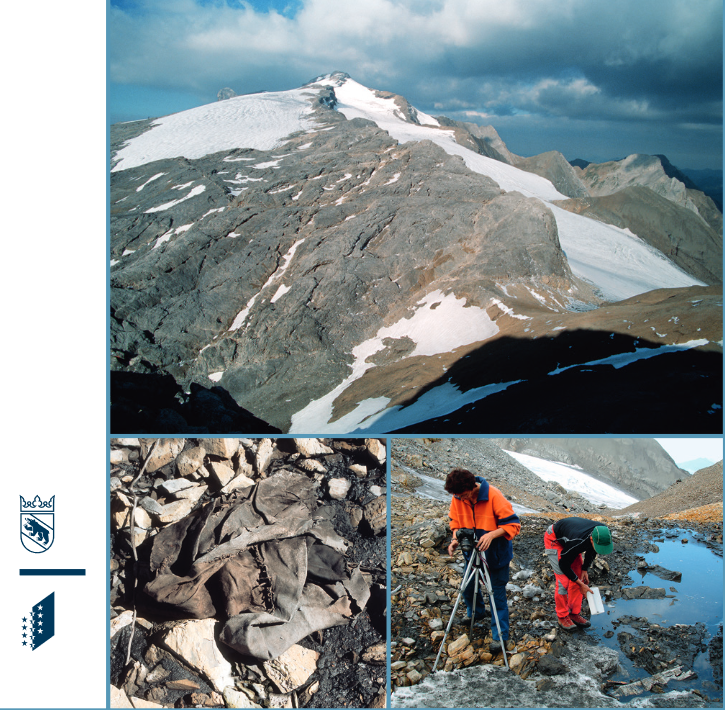 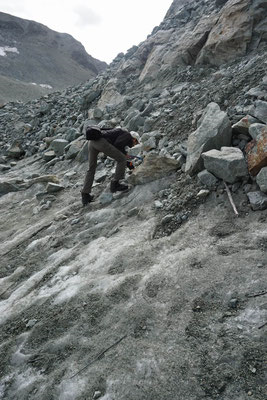 For more than 150 years, global warming has caused melting of glacial masses at the poles and, even more strikingly, in the Alps. In the high mountains, this phenomenon – which succeeded the cold period of the Little Ice Age (14th–19th centuries) – has exposed many areas previously covered by ice. It is estimated that between the middle of the 19th and the end of the 20th century, glacial surfaces decreased by 50% in the Alpine massif. Archaeological objects, some of which are several millennia old and preserved by freezing, are appearing in the open air. These finds are profoundly altering our understanding of the use of high-altitude passes and the life of communities outside inhabited areas.

Glacial Archaeology in the Pennine Alps, Switzerland / Italy, 2011 to 2014

This report summarizes a glacial archaeology project funded by the Swiss National Science Foundation (SNSF) which took place between 2011 and 2014. This interdisciplinary project integrated methods from archaeology, history, and geography and resulted in the collection of more than one hundred objects of archaeological interest. Until now, 37 of those objects have been dated using radiocarbon analysis and range from the Bronze Age to modern times. The final results are presented and discussed and perspectives are offered in regard to future regional scale, interdisciplinary, glacial archaeological projects. 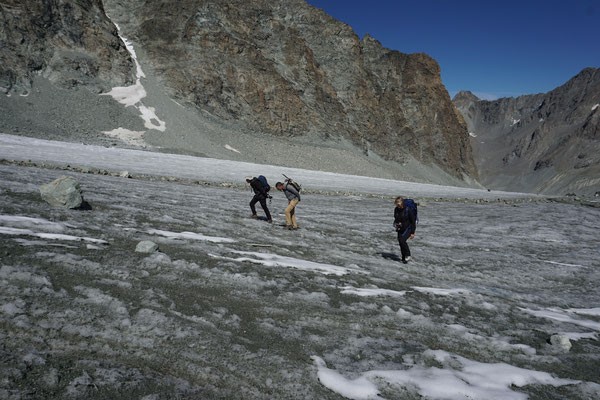 For several years, as a consequence of global warming, there has been an increase of discoveries related to glacial archaeology, in particular in the Alpine massif. This article presents a wooden artefact dated to the last two centuries BC, found at an altitude of 3000m on the Haut Glacier d’Arolla, near the Italian-Swiss border. This object represents a schematic full-length human figure, with no arms, resting on a shaft ending in a blunted point. In stylistic terms, the wooden statues of the Celtic world can serve as a reference, however, as far as function is concerned, this piece finds comparisons in utensils and tools like distaffs, weaver knives or miniature swords. In conjunction with other wooden objects discovered on the Col Collon and other central-western Alpine passage routes, these artefacts all bear witness to the exchanges and goods circulation between Southern and Northern Europe in pre- and protohistorical eras. This object, which was transmitted to scientists 20 years after its dicovery, is emblematic of glacial archaeology in that most finds are being made by non-professionals. Today, in the Alpine region, there is a true urgency to coordinate efforts among archaeological and heritage institutions, and to involve non-archaeologists in the localisation, gathering and preservation of these fragile vestiges. 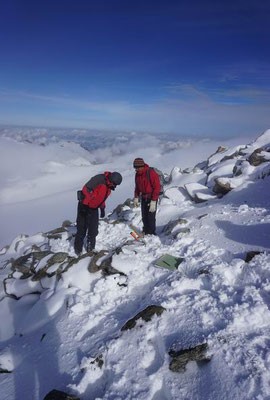 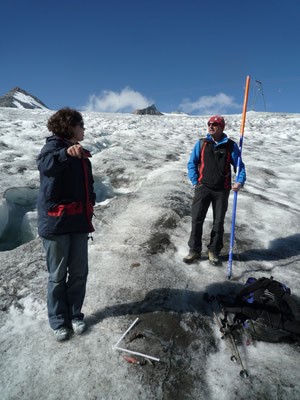 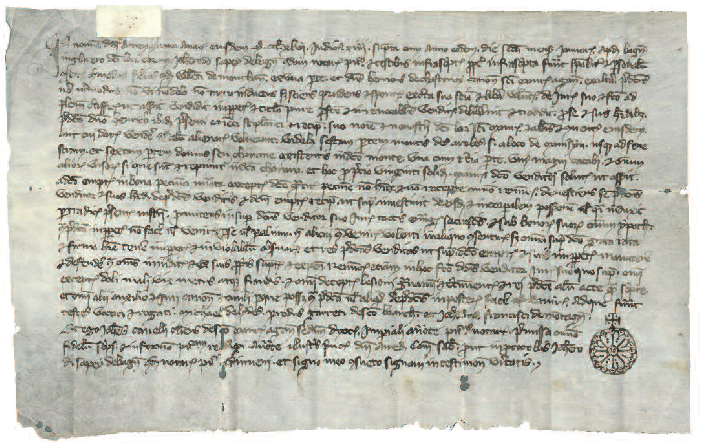 After the end of the last Ice Age, Mesolithic hunters-gatherers seemed to have colonized the Rhone Valley (Valais, Switzerland) in a south-north direction, over the mountain passes connecting northern Italy to the Rhone Valley and a western route by Lake Geneva and Swiss Midlands. It is presumed that early Neolithic culture spread to Valais following these south-north journeys. The Bronze Age reveals a strong demographic development. Later on, mountain passes seem to have played a more important role and the alpine communities profited from their location between south and north-alpine Europe. The economic management of the production zones can be seen as an attempt to control the differing altitude levels over time, cumulating in the Iron Age, with the first graveyards and permanent settlements in middle altitude. This was understood to indicate an economic organization of the region which generally remained until recent times, at least in certain regions of the Rhone Valley. 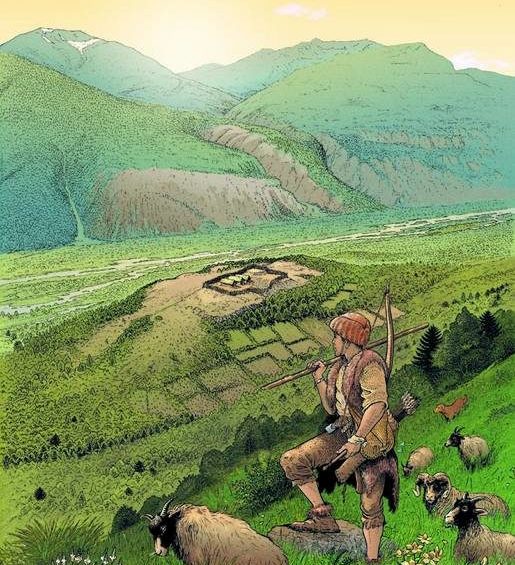 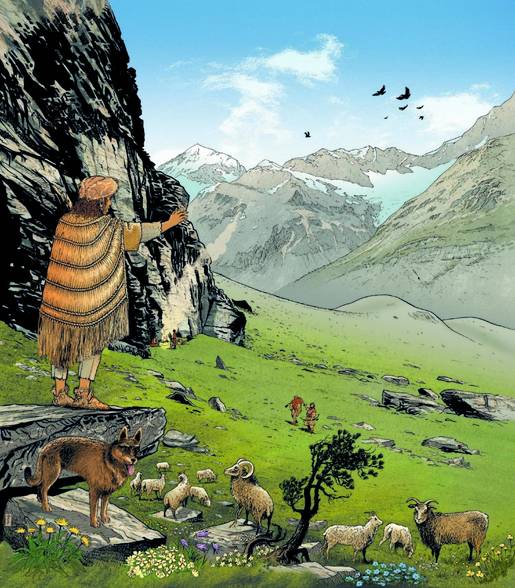 Increasing global temperatures are causing shrinkage in Earth’s frozen environments due to the melting of ice and snow at high latitudes and altitudes. This phenomenon is relevant from many environmental perspectives as well as from an archaeological standpoint. Archaeological remains or artefacts which have been locked in frozen environments for hundreds or thousands of years are at risk of becoming exposed due to increased melting at high altitudes and latitudes. In an attempt to gauge archaeological potential in a mountainous region in western Europe, we further develop the least cost path analysis (LCPA) work conducted by Rogers et al. (2014) to investigate the results of least cost path (LCP) modelling in mountainous terrain. Different geographic scales and various parameter weighting schemes are used to test the effects of these changes on the resulting LCPs. The results show both similarities and differences between the paths calculated from the point and line scales and that increasing parameter weights in the LCPA model affect the spatial distribution of paths, and their respective travel times.

Recent changes in climate have led to an increased exposure of glacial archaeological artefacts due to the melting of glaciers and ice patches. Here we calculated Least Cost Paths (LCPs) between archaeologically significant locations in Switzerland and Italy using a Least Cost Path Analysis (LCPA) method in which cost rasters were first calibrated at a study site near Haut-Val de Réchy, Switzerland to develop a prehistoric cost raster. Tools were used to calculate the LCPs based on DEM-derived slope using Tobler’s anisotropic hiking function and landcover. Our results have since provided a focus for prehistoric glacial archaeological prospection in the Pennine Alps of central Europe, as well as led to the discovery of an artefact from the Bronze Age (~2,800 years BP). This methodology could be used as an example for identifying additional sites of prehistoric glacial archaeological remains around the world. 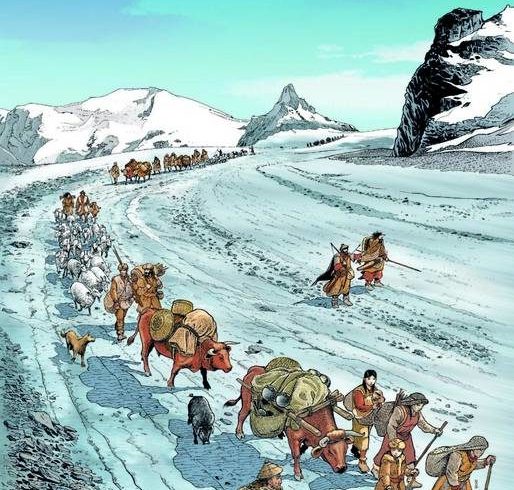 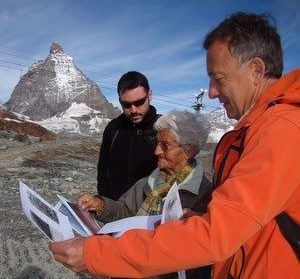 In recent years, increased levels of glacial retreat and ice patch melt due to a warming climate in high altitudes have revealed new opportunities to study glacial archaeology. When artifacts become exposed, they are vulnerable to decomposition and should be collected promptly to protect their (pre)historic properties. Therefore, there is urgency to locate potential archaeological sites to avoid the loss of culturally significant remains. Geographic Information Systems (GIS) can be used to help focus or predict potential glacial archaeological study areas based on their environmental and cultural characteristics. Here, an overview of the possibilities for glacial archaeological research using the spatial analysis methods of visibility, locational, and least-cost path analyses (LCPA) in GIS, is provided.

Glaciers are dwindling archives. Again and again they reveal archaeologically interesting objects that have been preserved in the ice for hundreds and sometimes thousands of years.
With this publication, the SAGW would like to sensitise a broad public to the topic of « glacier archaeology » and inform them about the correct handling of archaeological finds in the high alpine region. 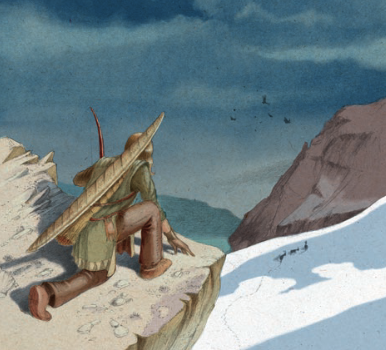